One of the most famous vodkas in the world, the Absolut Vodka was launched in the United States in 1979. Produced near Ahus in the south of Sweden, the Absolut brand is part of the French group called Pernod Ricard. Back in 2008, Pernod Ricard bought Absolut for €5.63 billion, making it one of the largest vodka brands globally. Sold in at least 126 countries, the Absolut has won multiple awards, sealing itself as one of the best vodka produced.

The creation of Absolut Vodka has completely redefined the premium vodka landscape. It is so popular that it has become synonymous with art, culture and nightlife. Ask anyone for vodka cocktails and you will find that most cocktails with vodka in it use Absolut Vodka.

A Swedish vodka made exclusively from natural ingredients, the Absolut does not contain any added sugar. It is as clean as vodka can be. It is distilled from winter wheat and bottled at 80 proof. Vodka is column-distilled which means that most of the flavour is stripped. What makes a difference for Absolut Vodka is the water, which is sourced from only local wells that are more than 450 feet deep.

Absolut-ly (see what we did there) reliable in its consistency, this vodka is made all the more famous with Absolut Vodka advertisements. Brilliant marketing campaigns has established this as an industry leader.

An icon in its own right, there is a whole range of flavors associated with Absolut. This original bottle is just the start. Other Absolut Vodka flavors would include:

All the Absolut vodka bottles above are still available on the market. Absolut Vodka limited editions are also available such as the Andy Warhol Edition (the man behind the brilliant Absolut Vodka adverts), Absolut Mode, Absolut Glimmer and more.

As the vodka king, as it is known in some places, the Absolut Vodka is crystal clear in appearance and on the nose, it is slightly doughy with hints of black pepper. On the palate, it is clean with black peppery spic and a faint brown bread taste. Soda vanilla and liquorice tastes are even fainter.

A faint beady character, the aftertaste has a rather muscular peppery spice with a faint cream of soda and liquorice notes.

As for the Absolut Vodka price, it is worth every penny spent. Normally RM235, it can go as low as RM185 after a discount. Absolutely affordable for everyone, the Absolut Vodka is absolutely a household name and is a common staple for many drinkers. 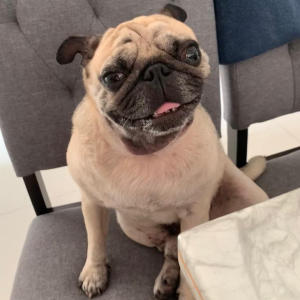 Delivery this time was a little late however all items were well packaged and secure.

The Black Russian is a cocktail of vodka and coffee liqueur.